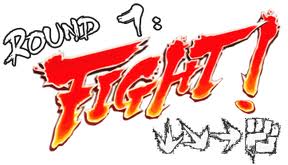 Before I get into the statistics of Round 1 with FaceBook ads, I’d like to start out with 2 things. First, somehow my author page was flagged by FaceBook as being a page that was “selling adult sexual products and/or services” and therefore absolutely NONE of my ads were being approved, regardless of the content (I even did one that stated “THIS IS A TEST” with no graphics and no links, still denied because my page had been flagged). No, none of my recent novels are classified as erotica, so I’m not really sure. There has been speculation someone must have reported the page at some point, but I cannot be sure as I do not remember getting any type of notification. Second, because of this, I had to run my first ad through my publishing house page, which I do not advertise or promote. Since the running of this ad, the problems with my author page have been fixed.

Below is the first ad I ran:

“I won’t ask you to do anything I am not willing to do myself.”

Hopeless, pointless. Those were the words on the lips of every supernatural being still left standing in our small community.

Clans were being eradicated, families scattered to the winds. But we would not stand idly by and watch as we were being destroyed. We would unite, fight, all declaring as one that we had the right to exist. Battle lines have been drawn, but the war has just begun.

If you love paranormal fantasy packed with action and romance, then Nicola C. Matthews’ The Red Fang – Book One in the Before the Sun Rises Series – is for you.

I set a targeted audience of women between the ages of 21 and 65 & ran the ad in the US, Canada, England, and Japan. I targeted those who showed interest in reading romance, fiction, books, and ebooks. According to Facebook, that was a potential reach of 49 million users with these demographics.

For the record, I have no idea how FB calculates their “post reach.” I am assuming this is how many different people’s newsfeed the ad showed in. This does not mean the people saw the ad, only that it had been placed in 361 different newsfeeds. An “engagement,” according to FB, is any interaction someone has with the ad – whether it is a “like” on the post, a “share,” if they click on the photo graphic, a comment, or if they click-through the link. At the end of 9/28/15 I had 2 total post likes, one of which was my own.

My total engagements were:

10 photo clicks of the graphic I used

To break this down, the more people who engage in the ad for your set budget, the less those engagements are costing you. Since I really have no control over how many times my ad shows up in any one person’s newsfeed, all I really have to go on is how much I’m paying per engagement, the type of engagement, and most importantly, the number of click-throughs on the book link.

Approximately half of my audience was between the ages of 18 and 24, the other half between 25 and 65+ with 104 of those being in the 65+ category, which surprised me. I had thought about stopping my targeted audience at 55 but after seeing these numbers, I need to include the 65+ age group.

Of the 1018 post reach, only 51 was seen on a desktop with the rest being from some type of mobile device. 850 of those reached were from the US or Canada with more than 500 of those being from Canada.

Overall, neither my author ranking nor my individual book ranking increased during the run of my ad. I also ran a Twitter ad for the same book simultaneously (blog article regarding those analytics coming soon) and still did not see any increase in ranking. Since the ad I ran was for a book with a trade publisher, I will not have access to the sales statistics until the end of October. Given I saw a steady decline in the book’s ranking over the course of the ad run, I am predicting a zero percent in immediate sales from the ad placement.

My Advice for Future Ads:

I had a lot of people clicking the photo teaser. Since Amazon restricts photos with excessive text (a photo cannot have more than 20% of its area covered in text), I do not suggest using a graphic teaser when advertising books. Since I had so many problems getting my ads to go through my author page, I did not want to risk having my publishing page flagged as well so I opted to remove the photo snapshot of my book cover and replaced it with a very benign graphic teaser. My book cover is a bit “racy” according to FB ad standards so I had concerns. Next time, I will leave the book cover up and hope it does not get flagged.

I know my post was a bit longer than it should have been. People don’t want to click the “read more” in posts, so my next boosted posts will need to be just a few sentences. Since boosted posts also show the comments in the newsfeed, I plan to do an experiment on my next boosted post. I intend to ad graphic teasers into the comments section after the post goes lives to see if that will help the return rate, if FB will allow this.

In addition, everyone seems to think this should be a quick fix, when advertising and marketing is an ongoing business expense just like anything else. Business classes teach us the rule of 7, i.e. someone needs to be shown an advertisement approximately 7 times before they will act. Because of this, I intend to continue to run my ads off and on for at least half of the month each month, even if my budget only allows for $2/day. It’s a small investment which could yield large returns in the long run. After all, this is a marathon, not a sprint, and as authors we need to stop thinking that overnight successes actually happen overnight.

I am reminded of those god-awful L. Ron Hubbard commercials for his book Dianetics.  I can’t tell you what the book is about, and I never bought one, but I damn sure remember his name, the commercial, and the name of the book. Why? Because that commercial used to come on at least three times a damn hour during local broadcasting when the book first came out. So before you think you are wasting money on advertising dollars that do not readily translate into sales for the first few months, remember L. Ron Hubbard. Even if people get sick of seeing your ads, at least they will be hating you and your stupid-ass ads ten years later.