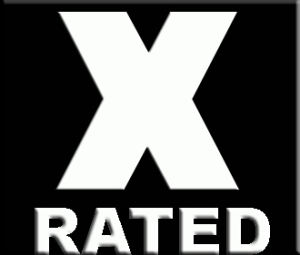 5 young men wake up one morning and decide they want to form a band and record a record. They have never played a musical instrument or written any songs before, but since they have listened to music their entire lives they are pretty sure they can learn how to do it all.

Despite this, they buy some recording software and record an album, without the benefit of a professional recording studio or the behind-the-scenes professionals that help create a quality album, opting instead to do everything themselves or hire “friends” who know a little bit about the process. Two months later, the album is complete and they start selling it on every available outlet that will allow them to sell it as an indie title. How do you think the record would sound, as opposed to those albums recorded by musicians who have not only spent years mastering their art, but who had an entire team of professionals who knew how to create, mix, and produce a quality product?

Let’s take this a step further. Imagine now that this band starts sending this record out to every small radio station and blog it can find. Under normal circumstances, it would never get a single spin. It would end up in the trash bin because it did not come close to meeting industry standards.

But now imagine that this record and the band gather a fan base. Small at first, but word of mouth spreads. Soon it’s all anyone is talking about.  It’s all over social media. So many people are tweeting about it that more and more people rush out to buy the album just to see what everyone is talking about. It’s not that it is particularly good, but with so many people talking, the curiosity alone sustains it. Soon the band and their album are being covered by magazines and blogs, it’s went from small town basement radio stations to national radio stations. It’s hitting the charts, outranking bands that have been playing music for years.

THIS is what it feels like to be a veteran author in today’s market. I can think of no other way to describe it, when someone who just woke up one morning and decided they wanted to be a writer and two months later upload a poorly edited, literary train wreck to Amazon and then demand the same respect and success as those artists who have spent YEARS of their lives honing their craft, learning the business, and sitting at the feet of their mentors taking notes. They have allowed their work, a piece of their soul, to be ripped apart because, even though it hurts, they KNOW that only by listening to those with more experience than they, can they truly become a better writer.

After 3 DECADES spent writing, I still do not consider myself to be anywhere near the same league as the greats of my generation (Rice, Crichton, Cook), yet I see authors who have literally pushed our 6 novellas in as many months with questionable writing ability act as if they are some great smut Tolstoy. So when you wonder why authors who have spent years learning how to create solid plot lines and rich, well-rounded characters , those who agonize over each word put to paper, those who edit and rewrite mercilessly, those who painstakingly go over each and every word of the manuscript for plot holes, get all bent out of shape over the likes of FSOG, it is because we feel like we have been virtually bitch-slapped by the entire industry.

It’s like being a doctor, spending all that time in school learning the trade, and suddenly that knowledge no longer applies because anyone who took health class in elementary school can now be a doctor … or a lawyer … or a teacher. You get the idea. Just because the usual gates that normally would keep out those without the technical know-how came crashing down doesn’t mean everyone who had a notion to do something should go out and do it now that they can. Just because you sing in the shower doesn’t mean you should start booking concerts and performing in front of people.

In other words, just because anyone CAN be a writer now, doesn’t mean everyone IS a good writer. It takes lots of practice to get good at anything. So exactly why do people think the very first thing they slapped into a word document is worthy of publication?