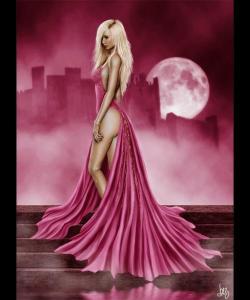 While digging around some old photos on my pc today, I came across a few that were of some very special online friends.  I miss chatting with them dearly, and often wonder what has become of them.

Crimmy aka Gnash Oscurita was the one who brought me into the whole RP world.  It is from this world that most of my stories have come.  Crimmy use to call me his “imagination,” oftentimes asking me to create the biographies and back stories for his RP characters.  It is actually our two characters of LeeLee and Crimson from which the 3rd novel of the BEFORE THE SUN RISES series was taken.  We entered the game as a brother/sister team.  I wrote the back story for the characters and always thought the tragic story of LeeLee and Crimson’s embracement was a tale that needed to be told.  It was from this early idea that Blood’s Embrace was born.

Thinking of LeeLee reminds me of another very dear friend who played in one of the online RP games.  LeeLee was bound to Akito, The Dark Flame, in one of the games.  I miss Akito something fierce at times.  He was such a wonderful young man, funny and bright.

One thing I loved about the RP world was that your real-world age had no bearing on the game play.  I am more than a decade older than Akito, but we got along beautifully.  I think I may have spoiled him a bit, feeling incredibly protective of him.  I think maybe he liked the fact that I babied him so much.  Either way, I miss him so much sometimes, like I’ve lost one of my own kids.  Which reminds me that my own nest of children will be emptying sooner than I realize.

It is because of my friendship with Crimson and Akito that I have decided to dedicate the 3rd novel in the BEFORE THE SUN RISES series to these two friends.  It is my hope that they may someday stumble across Blood’s Embrace and realize that Nicola aka Lorian Emerald “LeeLee” Leigh still thinks of them and has many fond memories of our days spent chatting and creating storylines untold to mere mortals.  I hope my boys are doing well, and are happy, and will remember the days spent with LeeLee with a smile on their face.